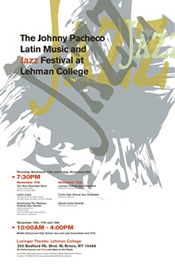 The evening concerts were video recorded by Bronxnet, and will be broadcast Winter 2011/12! 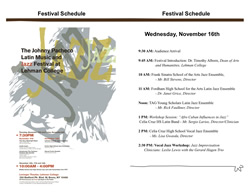 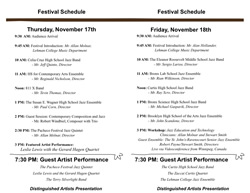 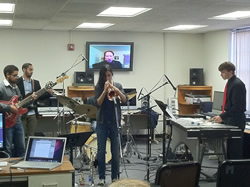 Technology and Making a Living in the Music Industry
A lecture-recital with special guest speaker via video conferenceTerry Silverlight, and a performance by the Pacheco Festival Jazz Quintet. 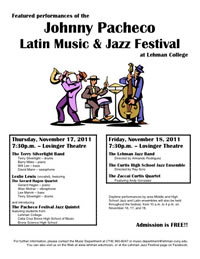 The Johnny Pacheco Latin Music and Jazz Festival at Lehman College now has its own Facebook page. Visit Lehman Jazz Festival and click "Like" to show your support and get updates on the event as they happen. With your support, we can make this our best year yet!

The Third Annual Lehman Jazz Festival will officially be called The Johnny Pacheco Latin Music and Jazz Festival at Lehman College. A prolific musician, Mr. Pacheco has received nine Grammy nominations, ten Gold records, and numerous other awards, including the Bobby Capo Lifetime Achievement Award, the Dominican Republic's Presidential Medal of Honor, and the First International Dominican Artist Award from the Casandra Awards. In Spring 2011, he received an honorary Doctorate from Lehman College. 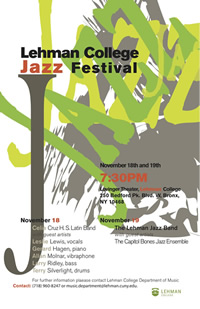