Yo, Junito. What’s up? How are you, bro? You know, still hanging in there. Tomorrow I’m leaving, you know, and this guy from La Colectora wants to buy my car and I told him I couldn’t give it to him until today, but he wanted to check it out with his brother-in-law who’s a mechanic. On foot bro, how else? I’m going over to the old lady’s house to say goodbye and pick up some things that she wants to send to my brother. It’s been years since I’ve taken one of these buses. Which is the one you take to Parada 26? Ah, okay, thanks, it’s seventy-five cents, right? So tell me, man, what’s up? Hell, it must be at least a year since we talked. You know how it is. You fool around too much, then you get married and you gotta work and all that shit and, bro, there’s no more time for anything. You better believe it, bro, that’s why I’m out of here. It’s all one big pain in the ass, and bringing up kids here, man, forget it. Yeah, two boys, the oldest is ten and the other one’s nine...no way, she had the operation. I signed the consent. You know, things are tough and you can’t keep having kids. We wanted a girl to have the little pair of ’em, you know? But instead we got another boy. It’s okay, this way they can keep each other company, and, you know, defend each other...

No, not New York, no. We’re going to Boston. I mean, it’s above Boston. See my brother, Samuel, the oldest, the darker one, works in a factory there and they need people. He talked to the boss, and so that’s where I’m going. I’m going ahead and later, once I score an apartment, I’ll send for my wife and the boys. She’s happy about it, the boys are the ones who are afraid because of English and all that, but you’ll see, they’ll learn fast.... Me, I talk pollito chicken, you know, Spanglish, but I get by. If they talk to me slow I can follow but when they start talking fast with all that guachulín, man, that’s where they lose me. But, you know, in the factory there are lots of Latinos, besides everybody there speaks Spanish. Even in the stores, Samuel says.

And how about you, bro? Going to work? That’s good. You studied and got a nice little job with the government, man, that’s cool. Today those are the steadiest and you don’t have to work yourself to death either…yeah bro, nice and easy...

Junito, listen, sorry for saying this, but really, bro, if I was you I’d get the hell out of here. You know what I mean. People fuck with you here and they stick their nose in your business. I mean you, well educated and all, should blow this place. Man, I see things, and I know people, the ones who stand on corners and fuck with you. Junito this, Junito that. Just the day before yesterday, some jerk there at the rotary was talking shit about you and I said to him, bro, leave him alone, he hasn’t done nothing to you, and then they started fucking with me, asking am I your husband, am I a trick, and me, man, I told them to go to hell and I went home real mad. Listen, leave people alone, if that’s the way they are then fuck everybody else, as long as they treat me with respect, no problem. Besides, people got sons and you never know how they’re going to turn out. That’s why I’m telling you, Junito, leave here, man. Listen, the other day I was taking a walk around the Condado and, man, there were a lot of them there. I mean, there were some that were real built, you always notice something a little weird, but, man, there were guys who looked real good, you know. It looks like they all move to the same area and so it’s easier for them to meet each other there. Yeah, you should go there.

But for Christ’s sake, Junito, your mom made her life, you have to go out on your own. Besides, you have more brothers and they can share the work taking care of her. Don’t screw yourself out of pity, man, you’ve got to live your own life.

I’m talking to you like this, man, because I’m sure of what I am. You know I don’t like that whole scene, but I believe in live and let live. I mean, bro, things change; this is a different world. Do you get cable? They show lots of things, I mean, like, on Showtime they even kiss each other and everything.

One sec, Junito...yo, Cristobal, hey baby, you know you’re mine. Tomorrow’s the day. No, my little brother is taking me to the airport...yeah, to Boston. No, man, to stay. Anyway, I’ll come down later to say goodbye to the boys. Ok, see you there. Take care.

Nothing to be afraid of, we always fuck around like that...so yeah, man. Ah yeah, so they kiss and everything, and they look normal. If you saw them on the street you wouldn’t think they belong to the other team. It’s just that on the outside there’s more freedom for that kinda thing...I think they even get married...and have kids and everything.

I remember, bro, when we were kids, you know, I’d fuck with you a lot. ‘Cause I was ignorant, man. Repeating the same shit everyone else said, but look, you ended up better than all of us and the ones that give you a hard time nowadays…it’s because they’re jealous.

You wonder why I know so much about all this shit, man...keep this to yourself, bro, I’m gonna tell you something I never told nobody...see, my youngest boy, well, he’s just like you. I’m telling you, ever since he was real little I’d watch him and watch him and, pam! You know what I mean. At first that shit bothered me like crazy...he’s my son and I know that people like him suffer a lot...I’m telling you, Junito, I’ll kill the motherfucker who says anything to my son. One day the older kid started saying shit to him and I stopped him. This is your brother and you and him got the same blood. If I catch you calling him faggot again I’m going to break your face, you heard me? It’s not easy, you know, you can’t know for sure, but I got a hunch. His mother doesn’t say nothing about it, we don’t talk about it, but I know she knows.

Mundo cruel won Honorable Mention in the short story category by the PEN Club of Puerto Rico in 2010 and was nominated as one of the ten best books of the years by El Nuevo Día, one of the island’s premier newspapers. Luis is the curator (along with Richard Vargas) of CineMAC, a cinema program at the Museo de Arte Contemporáneo de Puerto Rico. In May 2012 he completed Mundo cruel: el play, a theatrical adaptation of his book, as overseen by Jacqueline Duprey in the Sala-Teatro Beckett. He lives in Santurce, Puerto Rico. 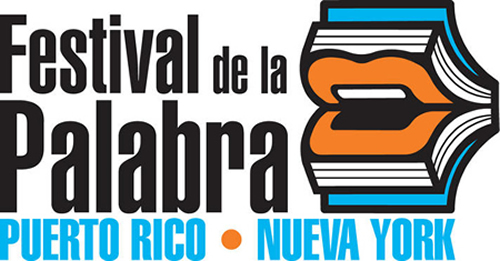