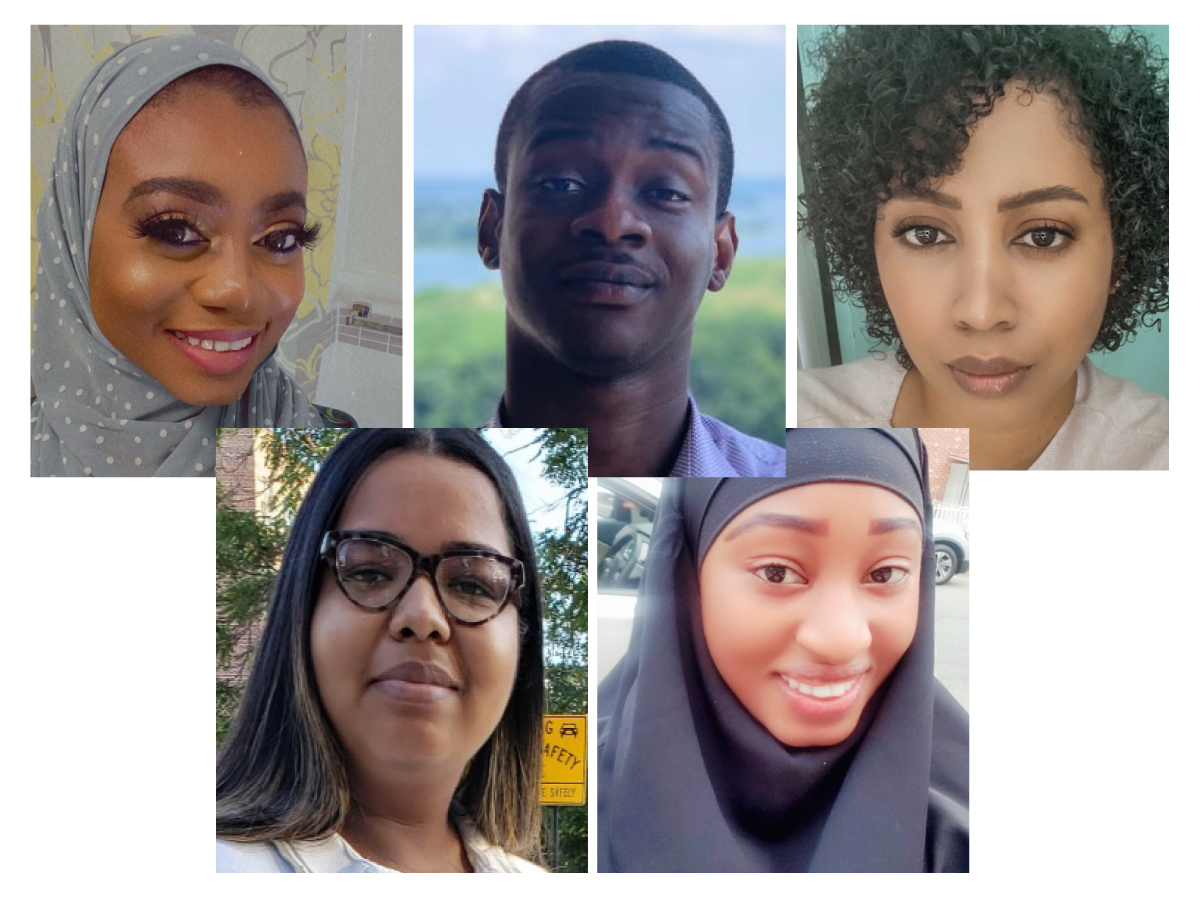 This academic year, 14 Lehman seniors will have an easier path to graduation thanks to the St. George’s Society of New York, which recently awarded them a combined total of $70,000 in scholarships to support their final year of college.

The scholarship program—established in 2008 as a partnership between the society and Lehman College—supports students of British and British Commonwealth heritage who have excellent academic standing but lack the financial resources to complete their education. Individual awards range from $2,000 to $6,900. Since the program's creation, it has distributed more than $1 million in scholarships to more than 350 Lehman students.

“We are grateful for the support and opportunities these scholarships offer, particularly in this period of economic uncertainty,” said Peter O. Nwosu, provost and senior vice president for Academic Affairs and Student Success. “For 13 years, the St. George’s Society has been a lifeline for our students, helping them achieve their academic goals and ensure their futures. We remain hugely thankful for this significant partnership.”

This year’s Lehman College St. George’s Society Scholarship recipients hail from Ghana, The Gambia, Guyana, Jamaica, and Trinidad and Tobago. They are:

Scholars are selected after an intensive review process. In addition to financial support, they are paired with St. George’s Society members who provide personal and professional guidance and attend mentoring and career development workshops. As an added benefit, scholars also receive a complimentary one-year membership to the society.

Hubbard, a native of Trinidad and Tobago, called the award a “blessing.” Without it, she added, she would have needed to take fewer classes to increase her work hours—a move almost certain to set her back academically. Students who reduce their course loads are at risk not only of delaying their degree completion but jeopardizing eligibility for other financial aid.

Boafo, who hails from Ghana, also said the award would allow him to prioritize his studies. Like so many students struggling to support themselves, he had diverted his time to searching for a job with little luck. “The scholarship boosted me back to where I need to be to focus on graduating,” he said.

Allen-Gyimah, also from Ghana, drove taxis to cover basic living expenses and pay tuition until he lost his job during the pandemic.

“This award will help me to purchase textbooks for my courses and cover the internet service I depend on these days because so many of our classes are held online, as well as food and other necessities of life,” he said. “It will definitely aid me in completing my degree program on time.”

Founded in 1770 to aid British immigrants in the United States, the St. George’s Society of New York is the second-oldest charitable organization in the city. It recently expanded its scholarship offerings and now offers awards to students at Hunter and Queens Colleges, City Tech, and the College of Staten Island.