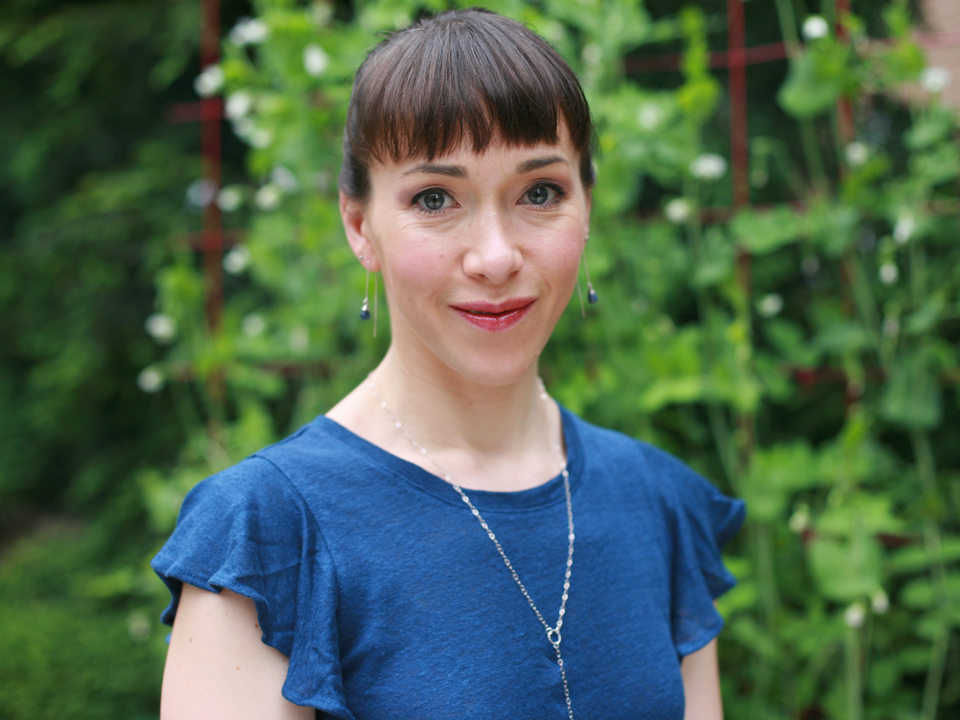 The Mediterranean diet (Med diet), a meal plan based on traditional foods favored by European countries bordering the Mediterranean Sea, has long been accepted as the gold standard for healthy eating and weight loss. For the fourth straight year, it was ranked in January as the best overall diet by U.S. News and World Report, and, to give a sense of the industry it has given rise to, Amazon offers more than 10,000 books on the topic.

However, its vaunted position has also drawn vocal critics such as Kate Gardner Burt. A registered dietitian and assistant professor in Lehman’s Dietetics, Foods, and Nutrition program, she’s part of a growing chorus of U.S. nutrition experts who say their profession and the diets it recommends exclude people of color and vulnerable populations.

In a paper published in this month’s Journal of Critical Dietetics, Burt argues that the hyper focus on the Med diet downplays other culinary traditions and marginalizes people from nonwhite cultures. Moreover, she said that because the diet can be expensive to adopt, it potentially shuts out the underemployed and those in low-income areas. “Our advice and recommendations, like the Med diet, don’t address the systemic barriers to healthy eating,” she said.

In sum, “nutrition experts have failed miserably,” Burt said, in addressing people of color and underserved communities who are disproportionately at risk for health conditions such as hypertension, diabetes, and obesity—the rates of which are rising and projected to increase even further, she said.

“We’ve got to consider cultural foods to be part of the conversation when counseling African American, Hispanic, and immigrant patients on healthy food choices, and not only the foods and ways that white people eat,” she said. At the same time, the country must also address the challenges to healthy eating that stem from systemic racism. For example, farm subsidies should be reorientated to make it easier for low-income neighborhoods to receive fresh fruits and vegetables, Burt said.

Starting From a False Premise

According to Burt, bias has historically shaped “who researches and who is studied,” which has resulted in immense disparities among investigations of white and nonwhite cultural diets. For example, she notes that a cursory PubMed search using the phrase “Mediterranean diet” yields 6,426 results, whereas a search using “traditional Chinese diet,” “traditional African diet,” and “traditional Mexican diet” yields just 2,355 results combined.

Furthermore, Burt said that contrary to how it’s marketed, the Mediterranean diet—which promotes whole grains, vegetables, and fruits and includes less meat and dairy than a typical Western diet—isn’t actually based on the real, day-to-day consumption habits of Mediterranean cultures.

The foods the diet recommends “are a subset of foods acceptable by white European/Americans, rather than foods of the region it purports to represent,” Burt writes.  “The Med diet, in its construction and how it is communicated, is a fake dietary pattern that gives the illusion of inclusion but is really just a euphemism for an idealized white diet.”

This is not a new conversation for Burt, who holds a master’s degree in exercise physiology and nutrition and a Ph.D. in food and nutrition policy. Last December, she gave a talk about understanding the multiple layers of privilege within dietetics and nutrition during the Academy of Nutrition and Dietetics’ 2020 Food & Nutrition Expo. The world’s largest meeting of food and nutrition experts, the event draws more than 10,000 registered dietitian nutritionists, nutrition science researchers, policy makers, and healthcare providers.

Since then, she has received requests to speak at other meetings and invitations to write for peer-reviewed publications, which she sees as both a positive development and a sign of the work still needed to ensure that dietary recommendations reflect the diversity of the U.S. population.

“In my profession, the conversation has started, but we must capitalize on this momentum,” she said.