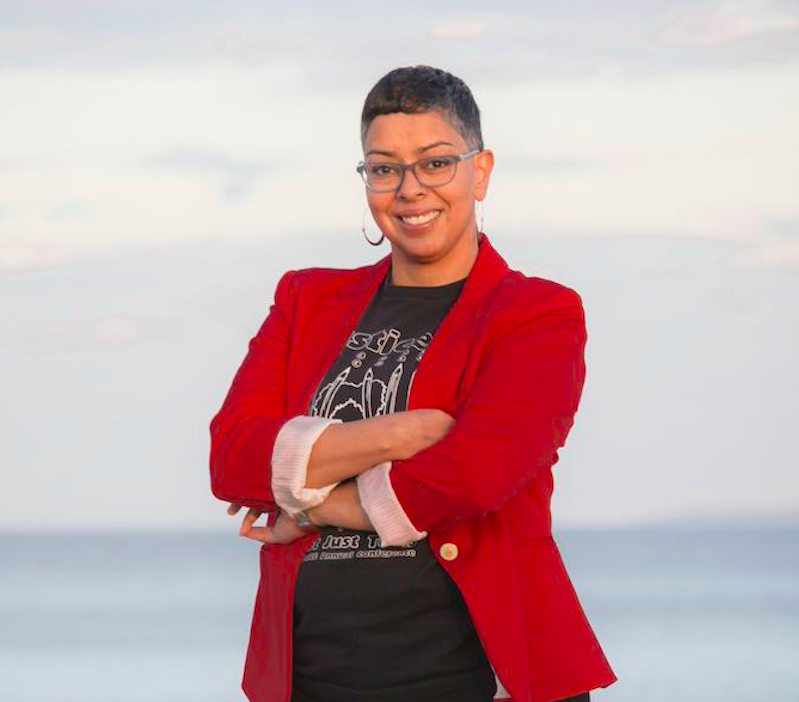 As students fill the city’s schools again, after more than a year of remote instruction, educators have been working to revive the traditional classroom experience as best they can. However, one Lehman professor is urging pre-K-12 school leaders in urban areas to leave some of those traditions—namely those she argues fail to support Black and Latinx children’s education—behind.

In her new book, Radical Care (Teachers College Press, 2021), Rosa L. Rivera-McCutchen, an associate professor in the Leadership Studies Programs at Lehman, argues that while many well-meaning educators in schools that largely serve Black and Latinx children say they "care about students," too often, their classroom approach limits rather than empowers them.

The same is true on a larger scale, she writes, with mainstream education reforms that embrace surface-level changes like school size but miss the bigger picture of how structural racism shapes the schooling experiences of Black and Latinx students.

Rivera-McCutchen has devoted her 20-year career to improving urban school systems, first as a 9th-grade high school teacher in the Bronx and later as an education researcher. What's needed today, she said, is a reimagined and radical definition of "care."

To that end, she offers a framework with five calls to action: adopting an antiracist stance, cultivating authentic relationships, believing in students' and teachers' capacity for excellence, leveraging power strategically, and embracing a spirit of radical hope. In practice, she said, that could include everything from performing equity audits to ensure that a school's curricula, discipline measures, and teacher assignments align with antiracist mores to working with staff to better appreciate the local community's history.

Rivera-McCutchen is poised to discuss her book at several events this fall, including a talk hosted by Montclair University on Thursday, October 21, and another hosted by the Urban Education Ph.D. Program at the Graduate Center on Tuesday, Oct. 26. Here, we asked her a few questions about her research and how school leaders can better serve Black and Latinx students.

In the book, you introduce the idea of radical care and also its opposite, limiting care. How would you explain the difference between the two?

Limiting care ignores structural inequities that can only be dismantled through deep and sustained work. One form of limiting care is characterized by pity and lowered expectations ostensibly in the service of children. For example, educators may focus on what's standing in the way of the child being successful and, in the interest of supporting them, make it easier for students to be "successful" by asking them to do less or by accepting mediocrity. Or there may be an unwillingness to acknowledge race and difference, and without engaging with race and racism, the conditions of institutional and systemic racism cannot be disrupted.

At the heart of radical care is antiracist leadership, which provides a lens for understanding how structural racism shapes the schooling experiences of Black and Latinx students. That helps school leaders think beyond superficial changes, which is where most school reform tends to happen. Transforming structures is important, but without spending enough time thinking about the underlying ethic driving the changes, we run the risk of simply reproducing the same inequities but with a different twist.

Do you see your five pillars of radical care operating like critical race theory (CRT), examining education as it intersects with issues of race in the U.S. and challenging mainstream America's approach to educational equity?

While I am not a CRT scholar, there is so much value in CRT, and it has certainly informed my research and practices as an educator. Race should be a part of all conversations about education in this country. Given that our country has never really come to terms with our racial legacy honestly and thoughtfully, we must understand that racism is embedded and baked into the fabric of all our institutions, including schools. This is not necessarily about one's individual racist actions; radical care demands that we focus on how our institutions are set up to reinforce racist practices and outcomes. This is critical to understand because, too often, liberal-minded individuals do not examine their roles within these systems and fail to disrupt their own oppressive practices.

Is radical care only applicable to urban school systems?

I believe the components of radical care are generally applicable to transforming social systems where people have been underserved or marginalized. These are transformational shifts that require a critique of the oppression that is reproduced when unchallenged. The radical care framework provides a path for examining and working within those systems to achieve equitable access and outcomes.

Bronx Congressman Jamaal Bowman wrote the book's introduction. What was the genesis of that?

I met Jamaal while he was working as a school leader; before he entered politics, he founded Cornerstone Academy for Social Action, a middle school in the North Bronx, and a number of his teachers enrolled in the leadership program at Lehman. I got to know him and began to research his leadership practices, many of which are represented in the book. I use the pseudonym Byron Johnson when referring to him in Radical Care. At the time of my research,  he was still the school’s leader, and I wanted to protect his confidentiality. But that’s no longer an issue now that he’s moved to the political arena.

As a result of our work together, he asked me to serve on his dissertation committee and frequently refers to me as his mentor. I continue to advise him, and now, as one of his constituents, I consult with him on his role as congressman.

You dedicate the book to Lehman students studying to be teachers. What is your message for them?

We often enter the field of education because we care or because we want to make a difference. That is a good place to start, but if we don't push ourselves to practice radical care, we will more than likely practice limiting care, which does far more harm than good.